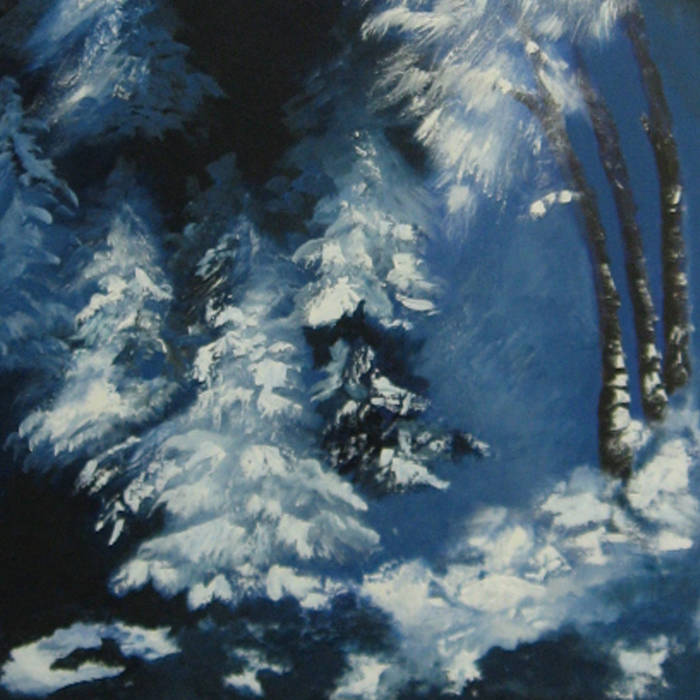 I started this project in February of 2010 for a thing called the RPM Challenge (the composing and writing of
an album in a month’s time - I recommend this to any artist - google it!). After that was done, I had a lot more songs to add to it. It helped me to loosen up during the recording process . . . somewhat. A third of these songs are ideas I built upon, as they happened, (as well as the interludes being riffs intended for later use), and I decided
they would blend in and flow nicely, as you might hear in a soundtrack to a film. Some of these songs were written years ago,
but the perfectionist side of me wouldn’t allow them to be let go until I got a take I could live with (no dubbing, splicing, etc.)
I used this approach only on the solo guitar pieces. The multi-instrumental songs . . . forget it, I went to town on -
dubbing, copying, splicing and pasting away. That’s digital technology for ye!
We had an unusually large amount of snowfall for north Texas at that time, around six inches or so. I had just been laid off
from my day job of 24 years as an illustrator/graphic artist for the local newspaper. Wasn’t a bad thing, really. This gave me
a lot of time to work on these tunes, as well as enjoy the time off. This also was the beginning of many welcome changes in my
life (in additon to the severance from the corprate world, a place I had never fit into anyway), and at the same time,
changes for some members of my family.
2010 turned to 2011 and I was still able to devote a lot of time to the making of this record (thanks to this extended vacation).
We also had what seemed like another long winter, with more snow to boot. This collection of tunes isn’t all necessarily inspired
by the season of winter but more in the way it is a dormant stage in nature . . . a time for reinvention. After much reflection,
I’ve come to realize these past two years have definitely been such a time.

Currently, he is doing more travelling outside of Texas, playing solo mostly through the southwest, some southeast and ever increasing the distance in all directions. When at home base in Ft. Worth, he stays busy with bluegrass bands Blackland River Devils and Boxcar Bandits, (when in Austin with his brother, Adam)The Kobros duo, Chrome Mags, Out Arkestra and Groom Lake Racers. ... more

Bandcamp Daily  your guide to the world of Bandcamp